I almost had a heart attack last year when I heard my lap of luxury retailer Neiman Marcus was dangerously close to being sold to the Hudson’s Bay Company, aka owner of Saks Fifth Avenue. I shook my fists at the luxury goods Gods and screamed in anguish, “Y tu, Neiman? Y TU!?!” You see, I’m still recuperating from my beloved Marshall Fields having been sold to their trailer park cousin Macy’s. And that happened thirteen years ago. 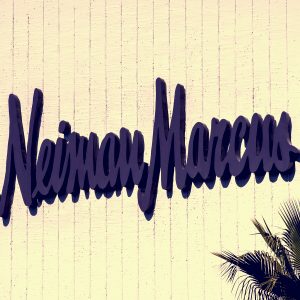 Luxury means different things to different people. The business pages were touting that if the merger happened, both retailers would “preserve their separate identities.” BS! And that’s what was giving me heart palpitations. You see, not all luxury is created equal, and I’ll take my Neiman’s luxury any day over Saks.

For starters, let’s deal with the elephant in the room. I’m a black girl. And to the best of my knowledge (and I’m pretty perceptive about these things) I’ve never been followed around like a criminal in any of the forty-two Neiman Marcus locations I’ve visited. I feel comfortable there. Free to spend to my little heart’s desire.

Some of those $15/hour salesgirls in any of the thirty-eight Saks locations around the country I’ve visited have given me all kinds of stank “what you doing up in here” attitude. (Most notably in their New Orleans store on Canal Street. Yeah, I’m calling you out specifically.) I’m not trying to shop at establishments like that. When you are shopping for luxury items often the only thing that separates one retailer from the other (with the exception of Bergdorf Goodman which stands in a class by itself; and BTW, it is also owned by the Neiman Marcus Group) is service. And in my humble opinion, Neiman’s brick and mortar stores deliver that better than Saks.

Plus, my beloved Georgia Hall works at Chicago’s flagship Neiman’s on Michigan Avenue. She is the queen of personal shoppers. Why, I’ve spent more time with Queen Georgia than I have with many of my relatives. My Queen Georgia gets me! She’s seen all of me – and I do mean all!

Last year, when I had an important party to go to and only two hours to get a dress, she had a dressing room full of clothes waiting for me when I got there. Now, I know, I know, that’s her job. But when I tried on a T-Alexander Wang dress that was to die for, except for the teeny weeny fact that my boobs were spilling out of the front AND back of it, Georgia told me the TRUTH! Gasp.

The hell you say! Yes, the TRUTH.

She called in the Bra Princess who stripped me down to just me and my “girls,” examined the situation like she was about to give me a mammogram, left the room, and returned seven minutes later with a silicone bra that had me in tears from its sheer innovation. I’ve got some big girls (I say that trying not to smile too broadly lest you think I am boasting, and I kinda am), and fitting them into clothing properly ain’t always easy. But Queen Georgia introduced me to the Bra Princess and voilà! I wore the hell outta that orange dress that night. If you were at the party, you know the one I’m talking about. Shoot, people are still buzzing about it. But like an Academy Award winning actress on Oscar Night, I couldn’t take credit. Queen Georgia and the Bra Princess did all the heavy lifting. (Pun intended! Lol.) BTW, it comes in navy and beige suede, too.

If you need more reasons to love Neiman’s versus Saks,

When upscale merchandise, taste, elegance, and opulence is your business 24/7, of course you’re going to excel at being the ultimate luxury store. Drop the mic. Now let’s go shopping.