OMG, today was one of those days when I just couldn’t concentrate on anything, especially the mound of work I needed to do. When that happens, my fingers get to walking on my phone. I find all kinds of useful and useless information that keeps my mind occupied and keeps me from jumping off my Chicago high-rise balcony!

Since this month is all about trust, I started thinkin’ about what stops people from trusting others. I know, random. What’s even more random is me trying to find some real proof of this, and I thought about Astrology … ‘cause you know, horoscopes are EVERYTHING!

Aquarius (January 20th-February 19th)
You’re independent, so you tend to want to keep things close to you so that no one can come in and hurt you. This can make you a little wary of trusting every Tom, Dick, and Harriet.

Pisces (February 20th-March 20th)
Thanks to being compassionate and quite kind, you give people chance after chance. Seems you’re pretty trusting!

Aries (March 21st-April 19th)
A genuine leader, or at least someone who likes to lead, you know that you have to trust people in order to succeed. Therefore, you tend to believe and trust in people quite easily.

Taurus (April 20th-May 20th)
You don’t go trusting people willy-nilly; you’ve gotta go through a process first to let them in. Now, should you let someone in and they betray you, you remove them and don’t give second chances because who can trust that people can change? Not you.

Gemini (May 21st-June 20th)
Sure, you’re social, but that doesn’t mean you’re out trusting all the people you meet. These interactions are purely superficial. You take a loooong-loooong time before you decide to let someone in, and henceforth trust them. 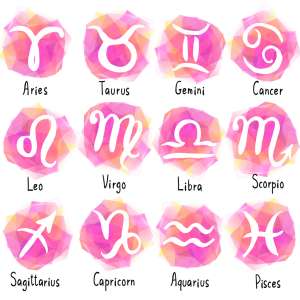 Cancer (June 21st-July 22nd)
You’re quite an emotional person, meaning you feel deeply. You’re usually open with people so that you can express these feelings. In order to do that, you have a level of trust that is pretty transparent.

Leo (July 23rd-August 22nd)
You are pro-tec-tive! As a result, you are super selective about where and with whom you place trust. If someone is showing that they aren’t on the up-n-up, you’re downright out.

Virgo (August 23rd-September 22nd)
You’re a realis, and a steady thinker. This makes you know instinctively who you can trust and who you can’t. Anyone you trust is pretty deserving of it.

Libra (September 23rd-October 22nd)
Trusting people can be hard for you because once hurt, you get indecisive about what to do next. Instinct becomes your trust barometer.

Scorpio (October 23rd-November 21st)
Of all the signs, you possibly have the hardest time trusting. Since you tend to fear people will betray you, you have a hard time opening up, and you keep your feelings protected inside.

Sagittarius (November 22nd-December 21st)
You can be quite generous with the trust you dole out to people because you tend to speak your truth. Beware the person that betrays your trust; they won’t be around long enough to see how you react.

Capricorn (December 22nd-January 19th)
To trust someone blindly is not something you do. People have to earn your trust, especially since you pride yourself on being pretty responsible when it comes to deciding to actually trust someone.