I was dusting off my antique table where I keep all my family photos. As I held each framed moment, smiled, and reminisced about the gatherings that brought all these beautiful folks together, I started to notice something. A particular cousin was missing. I looked back at Christmas 2010. He was there. Family reunion 2011, there. But, around Christmas 2012 … not there. I scrolled through all the pics on my computer and realized he’d sorta vanished. Now, I knew nothing had happened to him. I’d seen his post on Facebook the week before. Just the same, why had he stopped coming to the family functions? 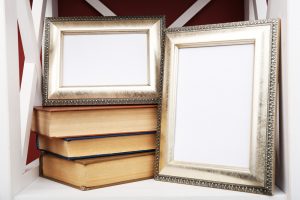 This might happen to you—that favorite uncle who always used to come by late to the party, with a bottle of something and a new girl each time, suddenly stopped showing up. He was the life of the party, and everybody called out his name when he walked in the door, but then after a while, no favorite uncle.

I called my mom because she always seems to know what’s going on with everybody. I asked her if she knew what had happened to him. Why he’d “ghosted,” and after some prodding, she finally said that he felt judged. He felt like everybody was talking about him behind his back. The whole “family act” was just too much. My cousin was an okay guy, but he’d borrowed money from members of the family and never bothered to pay them back. So when he came around, there was some shade being thrown, curled up lips and gossip. (Y’all know how it is!) I thought about what my mom said and wondered how we could make amends. 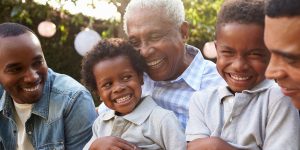 If you’ve noticed that Uncle Billy or ALL of the Anderson’s stopped coming by, take a chance, pick up the phone (don’t text!), and find out why. Maybe somebody said something about somebody’s apple pie. Maybe somebody literally had the wrong email address for someone, and they weren’t getting the invites or were left off the family chat chain accidentally. Or worse, maybe somebody IS sick and is too embarrassed to share or truly needs a helping hand. Do some sleuthing and see if YOU can be the glue that brings the family back together. It might take some coaxing, but it’s truly worth it. In most instances, all it might require is a bit of forgiveness. We only get one family, and there’s no need to lose out on precious moments together.